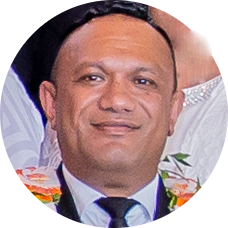 He is  an executive member of the Tonga Law Society, Pacific Prosecutors Association and the Pacific Maritime Law Association (PIMLA).