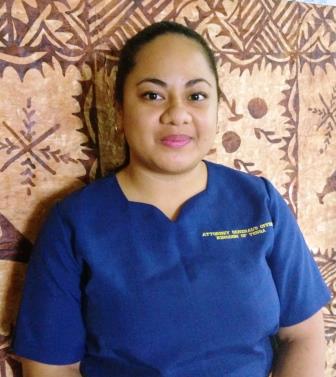 Miss 'Akauola graduated with an LLB from the University of the South Pacific in 2014. While undergoing her PDLP programme she carried out her practical placement in the Attorney General’s Office in 2014. Miss 'Akauola joined the Attorney General’s Office in January 2015 as a temporary Legal Researcher and interpreter then was appointed Assistant Crown Counsel, a post which she presently holds.