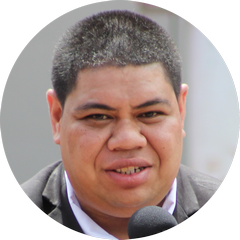 Mr Finau graduated with an LLB from the University of the South Pacific in 2014. Mr Finau joined the Attorney General’s Office in June 2015 appointed Assistant Crown Counsel, a post which he presently holds.

Mr Finau work involves legal research, preparing brief and indictments for criminal matters, providing legal opinions, and also interviewing applicants for adoption and guardianship application and drafting Guardian Ad Litem reports for the Supreme Court. He has appeared for a number of criminal cases for the Crown in both Magistrate’s Court and Supreme Court. He has also appeared for a number of family matters in the Supreme Court. Mr Finau area of interest are Criminal, contracts, cybercrime and asset recovery.