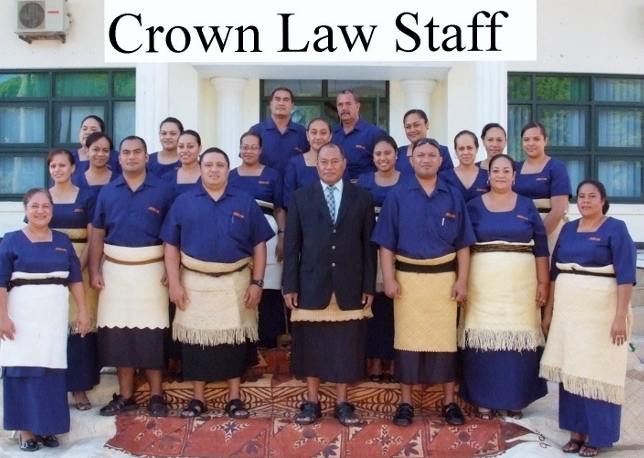 Crown Law was previously located, until November 2006, at the Roy Cocker Building, Fatafehi Road, Kolofo’ou, for more than 20 years.

After losing its office in the Roy Cocker Building during the 16 November 2006 riots, Crown Law moved into the building and shared it with the Ministry of Justice.

In April 2009, the former Attorney General and Minister of Justice directed, in the interest of maintaining a perception that Crown Law is independent from Justice and that it did not influence the Court administration system, that Justice move to another location, leaving the building and the surrounding grounds to Crown Law.

In November 2010 the Ministry of Justice returned to share the Administration Building with Crown Law due to budgetary constraints.

Crown Law's legal staff use the first floor of the building, and the support staff of Crown Law and the Ministry of Justice share the ground floor.

Crown Law is awaiting a policy decision from the new Government regarding its office location.